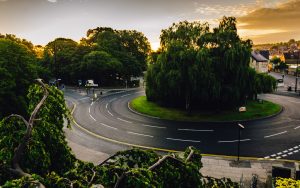 Imagine this scenario.  You are approaching a roundabout, at a sensible speed, and you see another vehicle approach to your right. This vehicle isn’t indicating, so you come to a halt to give way to them, per the Highway Code.

Then, as they reach the roundabout, they turn left. You’ve stopped, for no reason — well, no reason other than that the other driver couldn’t be bothered to move their left hand ever so slightly to knock their indicator stalk.

Now, I know this isn’t the end of the world, but every time you stop and start again, you release far more particulates and pollutants into the environment as you would if you were able to maintain motion.

Recently, BBC2 aired “Fighting for Air” which showed the affects of start-stop traffic. It’s well worth a watch.